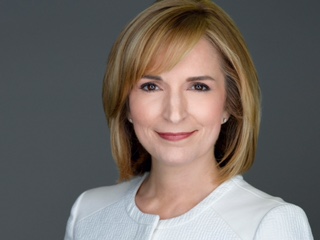 Devon Anderson is a seasoned attorney, public servant, and community leader who has comprehensive executive experience in management of operations, budget and staff. Devon was a prosecutor for over 12 years at the Houston DA’s office trying over 100 felony jury trials including 7 capital murders. She trained and evaluated trial lawyers and support staff while managing her own varied caseload. She also recruited and interviewed law students for positions on behalf of the office.

In 2005, Devon was elected to serve as State District Judge in the 177th Criminal District Court. While serving as District Judge, Devon also volunteered her time to preside over one of four felony drug courts. In 2009, Devon left the bench and started her own criminal defense firm. Her firm’s focus was on the representation of citizens accused of state and federal criminal offenses. Devon closed her practice when her husband was elected Harris County District Attorney.

Governor Rick Perry appointed Devon Anderson Harris County District Attorney on September 26, 2013. In November 2014, Devon was elected by the voters of Harris County to finish out her late husband’s term. For over three years, Devon managed over 600 employees and a $78.7 million budget. She created and implemented a comprehensive performance evaluation system for all employees. She also established a hiring process as well as the first job recruiter position. With Devon’s depth and breathe of practical legal experience working with attorney’s, she is very well qualified to help organizations find the right combination of talent and “fit.”

Devon earned her undergraduate and law degree from The University of Texas. She is a member of the State Bar of Texas and Houston Bar Association. Devon grew up in Waco, Texas. She now lives in Bellaire with her 17-year-old son, Sam, and 15-year-old daughter Brynn. They are members of St. Andrews Presbyterian Church.